Today we are living in turbulence and chaotic times where the rise of injustice surrounding us becomes more and more pervasive. From the rise of racism, intolerance, the perpetuation of social and economic inequalities in the society, the forces of neoliberal ideology, these lead us to question the roles of research in higher education. Very often research in higher education is situated in a vacuum, unable to respond to all these issues. The robust economic models within higher education have made research merely as a vehicle to improve the economic development of a country. While economic growth is indeed essential, yet it should not make researchers overlook social justice issues. The purpose of this conference is to allow us to rethink and reconceptualize the roles of research. What are the main objectives of any research process and to what extent a research should negotiate and include issues of social justice? 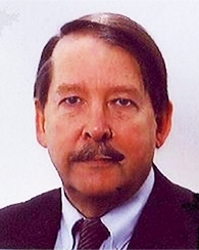 In addition to its academic endeavour to document, study and analyse indigenous systems of knowledge, belief and practice as the ‘cultural dimension of development’ in the subfields of ethnomedicine, ethnobotany; ethno-pharmacology, ethno-agriculture, ethno-ecology, indigenous bio-cultural diversity management and conservation, integrated microfinance management and culturally appropriate higher education management, the LEAD Programme also seeks to further develop a specific IKS-oriented complementary qualitative and quantitative research methodology, based on the special design and implementation of the ‘Leiden Ethnosystems Approach’.

The related advanced analytical model encompasses a stepwise bivariate, multivariate and multiple regression analysis of independent, intervening and dependent variables, focused on the understanding, explanation and prediction of participants’ behaviour in the dynamic transcultural setting of local-global systems interaction in the research areas. In addition to the provision of a contribution to the theoretical and methodological development of applied ethnoscience, LEAD also seeks to contribute to the new paradigm of ‘development from the bottom’ by formulating evidence-based recommendations for alternative strategies ’from the bottom’ for policy planning and implementation of integrated local-global systems with a view to attain truly sustainable community development in the various sectors in the research areas and beyond.

In 1990, LEAD received the official recognition and logo of UNESCO as an important research programme of the Decade for Culture and Development. 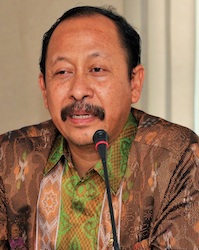 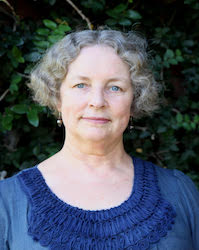 I am a social and cultural anthropologist and my main research interests are the anthropology of Indonesia, women and gender relations, education and the environment. I conducted doctoral fieldwork in east Bali in 1980-81, studying the integration of a pre-colonial kingdom into the Indonesian nation-state. That was when I became interested in education and its role in citizen creation: seeing little kids trooping off to school, wearing the colors of their national flag in their white shirts and red skirts and shorts. It became obvious that the Suharto government was using Development as a tool of nation-state making: government-sponsored Green Revolution technology was intervening in centuries-old, sustainable, wet rice cultivation; women were being enjoined to use IUDs to limit their fertility and traditional birthing practices were being medicalized; a plethora of Development projects masuk desa (entered the village). Eventually, most of these phenomena found their way into my first book, From Subjects to Citizens: Balinese Villagers in the Indonesian Nation-State (2003).
But not before I had helped to build a house, plant an orchard and arboretum and had two children. We lived in the beautiful hinterland of Mt Warning in north-eastern NSW. My anthropologist’s antennae were excited by life in an alternative community, multiple occupancies. I loved living in the subtropical rainforest: I shared the natural “lap pool” with platypus; I was surrounded by magnificent forests, hundreds of species of birds, gorgeous orchids, palms and ferns; and entertained by koalas, possums, and antechinus. I can’t say the same of poisonous ticks, ants, and snakes, nor of the back-breaking work of digging out and scrubbing rocks (for the stone house). I like to claim I wrote the first Ph.D. thesis on a computer powered by a waterfall (might not be valid). I took up a re-entry postdoctoral fellowship at ANU and the rest is history: a two-year stint as a lecturer at the University of Tasmania in Launceston (continuing the tradition of living in beautiful places), and then accepted a lectureship at The University of Western Australia – arguably the most beautiful university campus in Australia. 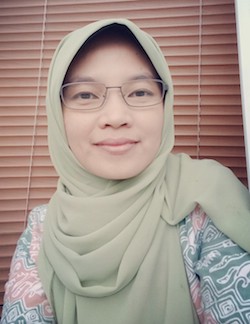 Dr. Aryanti completed her doctoral degree in Architecture (with minors in Gender and Women’s Studies and Gender Relations in International Development) at the University of Illinois at Urbana-Champaign in 2013. Her major area was the architectural history of Islamic architecture in Southeast Asia, with particular emphasis on the 20th-21st century and gender in Islamic religious feminism. Her dissertation, entitled “Breaking the Wall, Preserving the Barrier: Gender, Space, and Power in Contemporary Mosque Architecture in Yogyakarta, Indonesia,” investigates the production of gendered space in the mosques. It specifically asks how sex segregation has been defined among Muslims in Yogyakarta, who holds the authority to form the definition, and how gender segregation is translated into mosque spaces and internalized through societal life.

Dr. Aryanti holds various awards, grants, and fellowships, including Alan K. and Leonardo F. Laing Memorial Fellowship (2010-2011 and Fall 2012), the University of Illinois Graduate College Dissertation Travel Grant (2011), Barbara A. Yates Award (2010), Fulbright Presidential Ph.D. Scholarship (2007-2010), and the University Research for Graduate Education Scholarship Batch IV (World Bank) (1998-2000). Her dissertation won the American Association of University Women (AAUW) International Fellowship and the Illinois Program for Research in the Humanities (IPRH) Graduate Student Fellowship in 2011. In 2015, her dissertation was awarded the Best Dissertation in Social Sciences by the International Convention of Asia Scholars (ICAS). She was also named the 2015 Most Achieving Scholar of Universitas Pendidikan Indonesia. 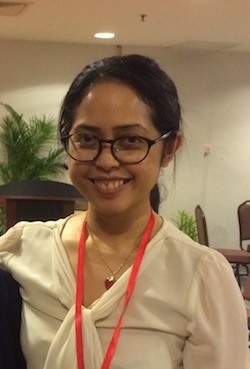 I am a Senior Lecturer in Gender Studies at the Faculty of the Arts and Social Sciences, University of Malaya in Kuala Lumpur where I teach Gender, Science, and Technology, and Gender and Sexuality. I received my PhD (2010-2014) and MA (2009-2010) from the School of Oriental and African Studies in London where I specialised in the cultural analysis of Islamic cinema in Indonesia.